India is one of those remarkable destinations that has an effect on all who visit. It is a country unlike any other, a place of unique charm and character, a nation full of contrasts: poor and wealthy, deserts and forests, rolling countryside and bustling cities. It is perhaps the contrast between India’s rural and urban worlds that most indelibly leaves its mark, with the cities especially captivating and intriguing for those visiting from North America or Europe. The sheer busyness of the streets – filled in equal parts by buses, rickshaws, cars and people – and the thickness of the air; the sounds of street hawkers shouting over traffic; the smell of street food tempting passers-by – it all combines to create a sensation like no other, an assault on the senses that is often difficult to comprehend. It is intense, it is dizzying, it is India.

Of all India’s great cities – Mumbai, Kolkata, Jaipur – it is hard to pick just one to visit. Those making the trip to this magical land should ideally spend a couple of weeks in-country and visit several urban centres – each is as intriguing and unique as the next. For those who are short on time, however, there really is only one place to start: New Delhi, the capital.

Delhi has long been a hugely important city for India and was in fact the capital of the Mughal Empire from the mid-17th century to the mid-19th century. It was reinstated as the capital under British rule in the early 20th century. Having played such an important historical role – politically, socially, economically – it is no surprise that the city boasts some beautiful sites.

Top of the list of places to visit within the city is perhaps India Gate, which was built in 1931 in honour of the men who died fighting for the British Raj in World War One and the Third Anglo-Afghan War. The Gate is modelled on Paris’ famous Arc de Triomphe – an imposing commemoration for the almost 100,000 men it was erected for.

Mahatma Ghandi is perhaps India’s most famous son, a man whose legend and legacy live on today. It was in New Delhi that Ghandi was assassinated in 1948, an event that not only shook India and millions of its inhabitants but the world at large. His memorial, a striking construction made of black marble, can be found at Raj Ghat and makes for a thought-provoking visit.

For those who enjoy museum visits while on holiday, New Delhi has its fair share! The Gandhi Memorial Museum will naturally be of interest to those who visited the great man’s memorial, while others such as the National Museum of Natural History and the National Gallery of Modern Art are excellent alternatives. For a country famous for its railways, the National Rail Museum is also worth consideration.

Whether you decide to spend your time at historical landmarks, at memorials or in museums, there’s no avoiding all that journey time in between. And that’s where the real urban India lies. Enjoy those deafening sounds, those overwhelming scents and those startling sights, for that is what India’s cities are all about, and New Delhi is one of its finest – and busiest. 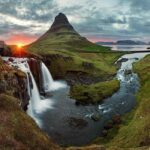 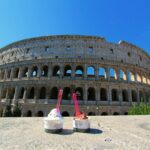 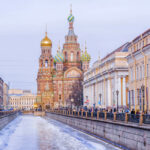