There is every reason that validates Ireland as the most beautiful country in the world. It offers so much that you will be arguing to yourself what to cover and what to leave? Whatever you choose, you are always right with this stunning land that prides itself for being the host to many Game of Thrones locations. Some of the top destinations visited by the fans of this super hit American TV series are the castle of Winterfell, Tully’s’ Riverrun, Dorne and Dragonstone.

If you are also a GOT fan, unravel Ireland with our specially designed tours:

The Ultimate GOT Self-Drive

Ireland welcomes you one hundred thousand times over with “Cead Mile Failte”, an Irish way of greeting. Countless bays and cliffs and a landscape dotted with castles, unveil the splendor of GOT locations on this self-drive tour. Indulge in the 5000-year-old history of this country that has made it the most favorite choice of TV and Film industry. Besides Game of Thrones, films like The Quiet Man, Ryan’s Daughter, Braveheart are filmed in Cong, Dingle, and Dublin respectively.

The Best of Ireland

Unfold the dramatic wilderness of the countryside, take a dip in the loneliness of Connemara and feel the exuberance of the capital, Dublin. With its medieval castles and architectural wonders of the 18th century, the city would like to claim itself as prettiest. A city that breathes music, visit Galway for its amazing music pubs and make your taste buds sing at local bistros and restaurants. Cover the scenic County Kerry before getting wowed by the Cliffs of Moher and a number of ringforts and ancient monuments situated here.

Feel less like a foreigner and more like a local in the cosmopolitan vibe of Dublin. Spend your nights in a luxury hotel, Clontarf Castle and live like a lord with its overwhelming hospitality. Drive along the countryside of Galway for enjoying the warmth of a romantic setting of the Twelve Bens. Enjoy the peace of Connemara and feel like a royal in the land of castles, County Kerry. To escape the noise of touristic places, explore the untouched Blasket Islands that has a population of only 160 and bid a final adieu to this leisurely feel at a 13th-century castle in the county of Kildare.

With cities like Dublin and Galway in its fold, Ireland offers you a perfect blend of culture and contemporary lifestyle. While in Galway, you can be all laidback and dreamy during the day and in the night, you can be as wild as you want with a fantastic pub scene. To detach yourself from the hustle-bustle of city life, visit the breathtaking countryside in Connemara where you can sit by the shimmering black lakes and wander in the lonely valleys.

Although not every traveler is the same but Ireland has to be in the list of everyone as there is nothing that can be skipped. See Ireland at your own pace with handcrafted tours on our Ireland page and choose a tour that suits your taste. 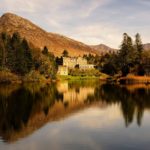 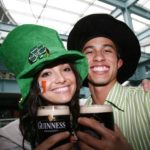 February 14, 2020 How Did St. Patrick’s Day Become a Drinking Holiday? 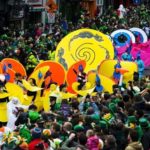