Home Aviator 8 Things to Do in Egypt 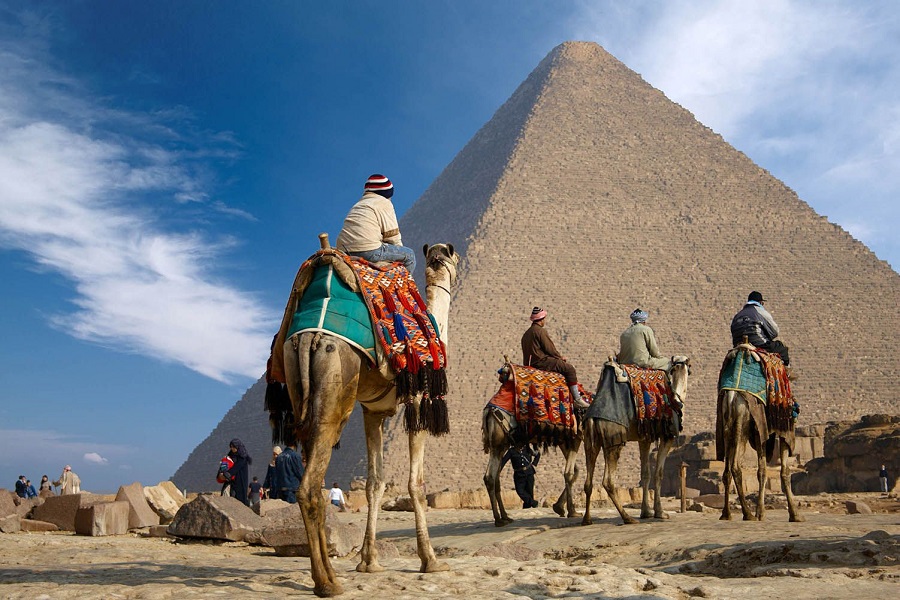 8 Things to Do in Egypt

The mighty Nile takes you on a journey (in Egypt trip) of this incredible desert that takes pride in being one of the oldest civilizations of the world.

With its magnificent monuments, massive Pharaonic temples and impressive pyramids, Egypt is a story that entices people because of the treasures that remain buried beneath the ground for centuries.

To uncover this “Gift of Nile”, make sure you must indulge in the following things in Egypt:

It’s not the size or the shape of the Pyramids that blows the minds of the visitors in Egypt trip, but it’s the precision with which they were built that makes one wonder about the great engineering and architectural skills of the people of that time. From the many theories that revolve around the existence of the pyramids, one of the most believed is that the pharaohs thought they would go in the afterlife and hence filled their tombs with the things they would need in the next birth.

Ancient artifacts and the glittering treasures of Tutankhamun along with statues of other pharaohs attract most of the visitors (to Egypt trip) who come to witness the interesting tales that they have heard about treasures of the Egyptian Kingdom. Goods from the graves, mummies, bowls, and jewelry also display alongside many other artifacts in this museum in Cairo.

3.Take a cruise along the Nile

Connecting Egypt from South to North, Nile is the pulse of the country that can felt clearly by being adrift. Take a cruise along the Nile to appreciate the beauty and importance of this magical river. Glimpses of some archaeological sites can also be captured during this ride while relaxing on a cruise.

4.Discover the Valley of Kings & Queens

The name is enough to intrigue the curiosity, which is further strengthened by the status of World Heritage Site by UNESCO. Symbol of the glory of the ancient past of Egypt, the valley is located across the River Nile from Luxor; also know the ancient city of Thebes. Being the burial ground of Egyptian Kings and Queens; the site is still subjected to archaeological explorations.

5.Go on a hot air balloon

To capture the beauty of this beguiling desert, hop on a hot air balloon. Luxor is the best destination for enjoying a hot air balloon ride, which will be a lifetime experience as you will have a bird-eye-view of the city. You can immerse in the beauty of the sunrise and will also get a spectacular view of most of the monuments and temples in Egypt.

6.Spend an afternoon in Kom Ombo

The main attractions in Kom Ombo are the temple of Horus the Elder & Sobek and a Crocodile Museum. This little town between Aswan and Luxor will give you a rustic vibe with its fertile sugarcane fields and a huge cattle market that is usually held on Thursdays.

One of the largest artificial lakes of the world, Lake Nasser, is yet another definition of man-made marvel. Stretching on a vast space filled with tranquility, the Lake promises peaceful days during a boat ride or a cruise that sails from Aswan to Abu Simbel.

Breathtaking and ambitious, the Abu Simbel temples are the second most visited sites by tourists. They seem the perfect example of the vision of the ancient rulers and illustration of contemporary engineering. Designed in a way that the sun rays illuminate the statues of the four gods seated at the end of the cave, the Abu Simbel temples are a reflection of the glorious past.

The best time to visit this country is between October to November as summers would always accompany the scorching sun.

For a tour that suits your tastes, scroll through our Egypt page, and select from various tour options designed, keeping in mind the preferences of different travelers. 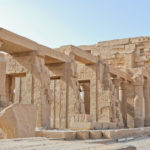 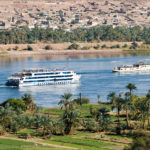